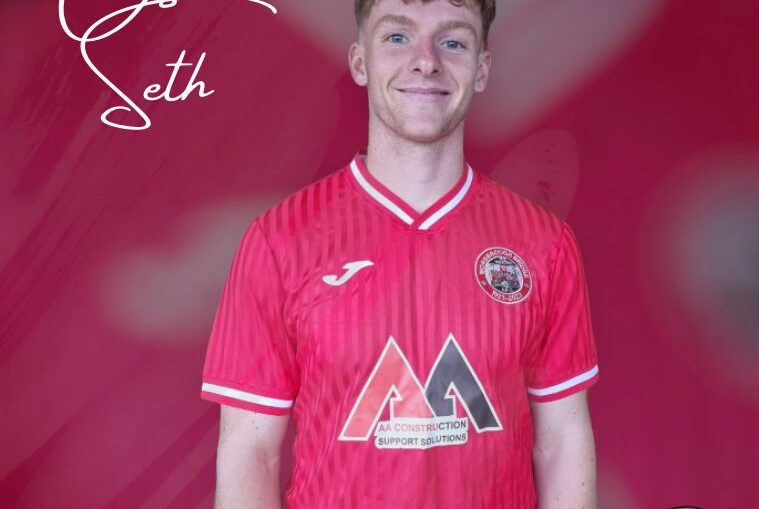 Our summer recruitment saw the return of Oscar Seth. Oscar had a brief spell with the Briggers in a previous lifeand finished last season playing at Ollerton Town. After an impressive pre-season we were pleased to get Oscar signed up for the 2022/22 season.

We caught up with Oscar to ask him a few questions as he re-joined the club for it’s Centenary Season.

Q1. You briefly played for the Briggers a few years ago, what made you return and what differences have you found second time round?

OS. The quality of the coaching has improved so much since the last time I was here and the attitude of the players is fantastic now. I’ve been around a few teams in the past few years and I haven’t seen a group of players who are as focused and driven as the current group at Worsbrough.

Q2. You have trained and played a few games with the lads now, what are your thoughts on what you have seen so far?

OS. I’m really impressed with the quality in the team and attitude to do the hard work pressing and defending.

Q3. For anyone that has not yet seen you play how would you describe yourself as a player and what can the Briggers fans look forward to seeing from you?

OS. A tenacious box to box midfielder with quality going forward and the grit and drive to do the hard work defensively.

Q4. How do you feel your pre-season has gone?

OS. My pre-season has been okay. I was injured for the majority of last season so I still feel like I’m finding my feet again and getting back on track. I’ve had a few assists in the games we’ve played which I am happy with but I am still looking to score and assist more.

Q5. What are your ambitions for the team and for yourself in the coming season?

OS. To get promoted with the team! On a personal note I want to be playing over 25 games with no big injuries.

We are really pleased to have Oscar back at the club and wish him well for a good season.