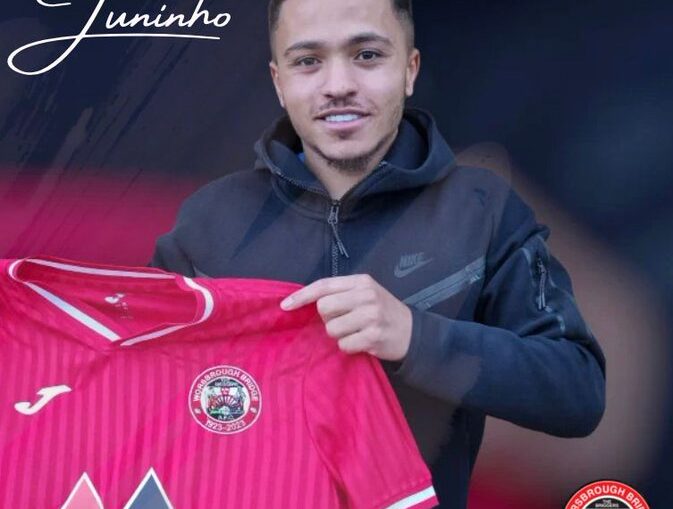 We recently announced that Juninho Blake had agreed to sign for the Briggers from Swallownest FC. It was a signing we were delighted to get over the line.

We caught up with Juninho to ask him a few questions as he joined the club for it’s Centenary Season.

Q1. You had an excellent season at Swallownest last year, what made you decide to join the Briggers?

JB. It was a tricky decision for me to leave Swallownest, but I think Fudge (Boss Luke Forgione) was a big part in getting me down. He spoke about his aims for the season and how he likes his team to play which really suited me.

Q2. You have trained and played a few games with the lads now, what are your thoughts on what you have seen so far?

JB. It’s been good, the lads have been welcoming as well as the people involved around the club. Training sessions have been at a good standard and so have the games and I am enjoying it so far.

Q3. For anyone that has not yet seen you play how would you describe yourself as a player and what can the Briggers fans look forward to seeing from you?

JB. My preferred position is holding midfield but I can play in a more advanced role. I like to dictate the flow of the game, pass the ball and love a good tackle ! I think the fans can look forward to my energy and passion.

Q4. How do you feel your pre-season has gone so far?

JB. So far so good. For me it’s been good to get to know the lads and build a relationship, but the training sessions have been spot on and the games have all been good. I can’t wait for the season to start.

Q5. What are your ambitions for the team and for yourself in the coming season?

JB. My ambitions for the season are to finish as high as possible. I think we are capable of pushing on this season. Individually I’d say I want to help the lads as much as I can and to give 100% every game. UTB!

We are really pleased to have Juninho at the club and wish him well for a good season.