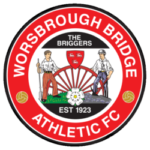 Our reporter/masterchef Gav caught up with Fudge after the match

After the midweek win away at Clipstone, it was important that we backed it up with another 3 points. On paper we should of been expected to win this game, against a team that were bottom of the league, but we all know in football league position can sometimes go out of the window.

The club continues to do amazing things against the weather to ensure games go ahead, however at the moment the pitch is still very difficult and makes it a leveller. Something we haven’t adapted to all that well over the last few months, but it’s all about learning.

We started the game on the front foot but couldn’t get the vital goal and unfortunately conceded from a throw in which was really disappointing. Going 1-0 down against bottom of the league then becomes a mental challenge and the boys responded well, Browns goal was well worked and Hutch’s and Tiga’s goals were both great finishes.

I always believe that we will score as we have great quality and once again we have had 4 different goal scorers today with Glavin’s goal in the second half which was pleasing for him and us after he missed a penalty earlier in the game.

The second half was about managing the game. I felt we did that well, however we became sloppy at times and it is always disappointing to concede a second late on. It’s about winning games at this level and the boys have made it a good week, with 6 points from 6 after a disappointing performance last Saturday at home to Armthorpe.

We now move onto Nostell away on Friday night, a game that everyone will look forward too. Hopefully there is a big crowd and we can pick up a victory again in what will be a difficult game.