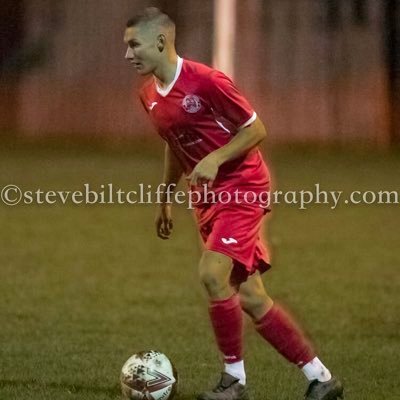 The Briggers started 2022 with 3 hard earned points away against Parkgate FC to complete the league double over the South Yorkshire rivals with goals from Captain Conor Glavin and a second half winner from Alex Hutchinson.

Thanks to everyone that made the trip to support the Briggers it was a great turnout and your support continues to help the team and hopefully the win and 3 points was worth the trip on a cold night.

We caught up with Manager Luke Forgione after the match and asked him for his thoughts on the first win of 2022.

“I think it’s fair to say that last night was a game that we all eagerly anticipated after what seems to have been an age since the away game against Harrogate Railway. Full credit to the lads, I thought they played with an energy, tempo to their play, on what is a great surface to play football.

I feel, the game was in the balance for large spells, with the next goal carrying added value all the time. In the first half, we began well, with Parkgate carrying a threat with their attacking players, however I felt we controlled them well and once Glavin had scored it gave us confidence, unfortunately we conceded straight after, with a great finish. However if I was being ultra critical I felt we could have dealt with it better.

After the goal, Parkgate grew into the game more and had more of the territory, I felt we were wasteful with the opportunities we had on the break, as we were getting into good areas, however our lack of quality or decision making was letting us down. Parkgate’s set up was causing us issues with Tracey dropping into midfield and overloading us, while we also wrestled with our system, which was unconventional and possibly caused a few problems itself. In the second half, we made a tactical change and it gave us more control I felt, once again our goal was a great breakaway, coming from our good defensive shape and springing out. Unfortunately, we couldn’t really ease the nerves by getting a 3rd even with opportunities and Parkgate also missed a few chances late on and could easily have grabbed a point or more, as we started to get deeper and tiredness kicked in after a long lay off.

However, it was a great collective performance and too a man and individually there was some great performances, with each player, making a claim for the man of the match. When you perform like that as a group, you’ve always got a great chance of winning. A special mention to the Brig following, small in numbers but loud in voice, always giving us that extra push. We move onto the next one at home Saturday and fingers crossed we can reach similar levels.”