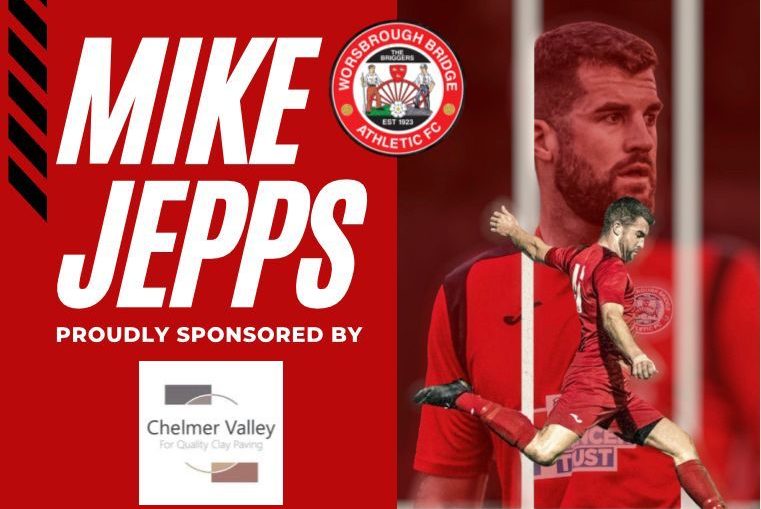 Our roving reporter Gav Frost recently caught up with striker Mike Jepps and talked about the season so far:

GF. This is your first season in the Northern Counties East League,
how have you found the step up?

MJ. Yes, I’ve really enjoyed it. After a few years of not playing, playing for Bingham Town in the Notts Prem helped me to enjoy my Football again to be honest. I moved back to the area 3 years ago and then with lockdown I went a bit mad with the running and ended up in pretty good shape. I dropped Luke a message to see if I could come down to Worsbrough Bridge AFC and that was that.

GF. With Luke’s role at Barnsley college and the fact he has given so many younger players an opportunity to play senior football how do you feel the team have started this season?

MJ. We started really well. I think that was because of an extended pre season where the lads put in the work to make sure we were fit and all knew our roles within the squad. It’s just a shame nobody could keep up with me!

The younger players are talented and help bring an energy and intensity to training and I think that has showed with our work rate during the games when in and out of possession. There’s also a willingness to listen and learn from Luke, the staff and the more experienced players in the squad. There is not a soul out there wouldn’t enjoy being part of our dressing room.

We’ve had a few tough results in September where a lack of discipline and switching off for short periods against good teams cost us, but there has been signs of that early season form more recently against Selby, Nostell, Armthorpe and Clipstone. Hopefully we can build some momentum again, win our games in hand and get back into the top 6.

GF. On a personal note do you have any ambitions for the rest of the season?

MJ. It would be nice to keep getting on the scoresheet to help win us games. I missed a few games at the start of the season because of Cricket but I think it’s 7 in 6 league games now so hopefully that form continues. From what I’ve seen so far I think we’re capable of finishing in the top 8 which would be an achievement.

GF. We have had some fantastic backing from Worsbrough supporters at home games how does that feel to the players

MJ. It’s definitely helped create a good atmosphere and the lads have mentioned it. Some of the Tuesday nights under lights is when we’ve been at our best. I know crowd numbers are up on previous years so that’s a credit Mark Booth (Chairman) and the board for all the work they are doing off the field and also to Luke for the way he’s setting us up to play entertaining football.