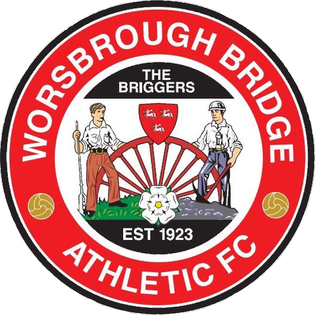 Following today’s postponement of our NCEL game against Nostell MWFC the club want to issue a short statement.

As Chairman of the club I have always tried to be open and transparent with supporters, managers and players and today is no exception. I respect freedom of speech and people are entitled to make comments, however some things said today are both disrespectful to the club and it’s volunteers and wholly untrue.

The club has suffered from 2 severe floods in 4 months, which for a club with limited resources and manpower has been difficult. Despite the recent better weather our pitch had areas of standing water which we have been working to remove through building of additional drainage areas and pitch forking. We have also invested considerable time and money on sanding to try and soak up the water and improve the pitch.

Today’s game was postponed due to an 18ft by 18ft patch that we were unable to drain despite the many hours and money spent. Late this afternoon is emerged through investigation that potentially a water pipe was leaking that was causing the excess water build up which makes sense bearing in mind the up-turn in weather and the fact that 90% of the pitch was playable. As a club we have worked with our landlord this afternoon to try and confirm this is the issue and investigation is ongoing.

Some comments that the club had been “flooding” the pitch by using a hosepipe or that the team did not want to play the game are both unfair on the volunteers and on the management and players of the club. An early pitch inspection was at the request of Nostell MWFC, we were happy to leave it as late as possible to give us the best chance.

I am ultimately responsible for decision making at the club alongside my fellow board members and am satisfied we have acted properly and in accordance with league rules. As a club we fully understand the backlog of fixtures and the impacts on all clubs but I have acted in good faith at all times.

Supporters and players will all have their own thoughts, comments and opinions which I respect, however it was important for me and for the club to provide a statement about the events of today. I appreciate tonight was disappointing, the game had the potential to generate a good crowd and revenue for the club and promised to be a good local derby and I can only apologise that we were unable to get the game on.

One thought on “Nostell MWFC Postponement”